Wondering if the 8th grade event when Bradley McKeon with some other IHM private school boys became students at Ralston. Did Brad bully me and when I confronted him TURN away because of what happened with the Lance Turner murder? Because I believe Fire Department planned it with the police and Federal government.

This newspaper article from Oct 2, 1984 in Hillsdale Michigan. HILLSDALE MALL is a very prominent fixture in Belmont, California. Hillsdale Mall is a large mall with shops and all kinds of eateries. It's a place I went a lot when I was young. In fact, I had an Atari thing there where they hired me as a kid to go in and test games. They had a problem paying me so I fucking harassed them until they finally gave me fucking money. The game I tested became 'THE A TEAM" game for Atari, with columns in a shooter sort of game. That was just inside the main entrance by Round Table pizza and I was in the sixth grade for that I believe, maybe 5th. But anyway, the fact that this picture in the lower right shows up that day--- BEFORE THE MURDER TOOK PLACE-- confirms premeditation, intercourse between the media and the government, a coverup and it indicates NAMES.

You will find in the picture that the man is raking what appears like a dead child's corpse. On the right pant leg near the groin is the lettering 'P R A T' or 'B R A T". "BRAT" and "BRAD" are almost identical and PRATT was a name for a teacher in the Junior High School who worked there, possibly taught Lance Turner. Lance and I were on the same soccer team but he was one year older, I never knew him personally as a friend. I believe Pratt's room as a matter of fact next to where the Karate Kid thing happened outside Sheldon's class, who taught me. She was abusive directly on my name and sent me to basically prison for students for something which was totally unclear. Then I was badly abused physically and emotionally by Mr. Smith in OR. Then he fuckin died and I really thought was fuckin funny because he was such a piece of shit.

Also if you look, there's a white marking on the COAT of the person. The fight I had with Charlie Coates of the SFPD's son Jason, who assaulted me, which I defended from by punishing him-- comes up. The next day they wanted to put me into custody for nearly killing poor Jason but since he attacked me, they couldn't do it. The guy's father maybe got a grudge. That white stick like object on the COAT directly resembles a cigarette and it appears unnaturally on top of the coat in the picture.

Then the incident with BRITTANY CAMPBELL where her insane mother called my mother at home because while I was in fucking Kindergarten, I was accused of trying to kick her in the shins. I remember each day of Kindergarten, this was towards the beginning and it was a false assertion but other boys were. But that Campbell lady intimidated my mother, attacked her personally very seriously on the phone and maybe some other ways I didn't know. After 4th grade, camp happened where Jason Scatena was placed into my life who worked against me very clearly. A man named Tom Roach swept my mother away with the nickname' THUNDER THIGHS' for her. 'the under thighs' is shins. I believe he was a Lockheed police assignment to destroy my family.

Cops, Fire Department has a problem. And I think it was gay boys. Sheldon one time talked at me about 'gay boys'. But the 'fags' or cigarettes.
Pratt? 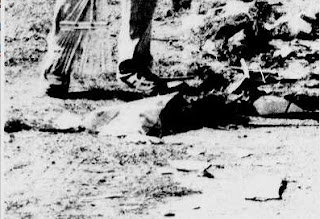 Other clues : the THREE 'friends' of Dunkel in Half Moon Bay. That is the connection I make for the official report involving the three girls. The names were changed for the book but it's a matter of public record of their names. I do not believe they are indicated for a random reason, I feel the O'Brien sons and McKeon were directly suspicious and may have been involved. The wine theft from a church which I think 'Mike Rohde' was accused of or convicted precipitated the crime and that goes to connect the Satanic pedophile order for 'red wine'. But the police report makes a specific equation with the discussion of the road to Waterdog. Wine is like the 'red wine' of Satanic pedophile rituals where they drain the blood of abused children then drink them for a high. I believe it was O'Brien who told us that the orange soccer cones were 'acute' when they were hit with a ball, they became 'acute'. That stuck out then as bullshit and now understanding the word, I think he was saying he was sexually attracted to the soccer team boys.

Also, on the cover of the book THE BOY NEXT DOOR you can see that the picture of Sean Dannehl is a bit 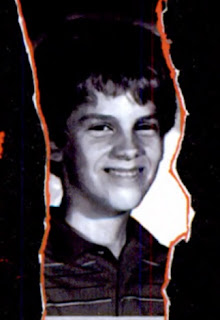 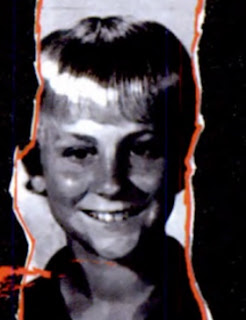 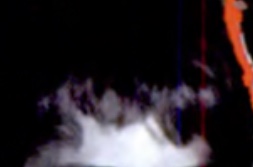 weird. His chin and smile are like Lance Turner's. I think Dannehl was unreal. It also looks a bit like Jason Scatena about that age. That person might not have existed in reality but was a composite picture from early FBI versions of their photographic databases, which have gone hog wild since the Photoshop era really hit. but on the hair of Dannehl is 'this now' in lettering. "Now Yes" relates to the poetry of Thornton Wilder:

“Yes, now you know. Now you know! That's what it was to be alive. To move about in a cloud of ignorance; to go up and down trampling on the feelings of those...of those about you. To spend and waste time as though you had a million years. To be always at the mercy of one self-centered passion, or another. Now you know — that's the happy existence you wanted to go back to. Ignorance and blindness.”
― Thornton Wilder, Our Town

This caption discusses death, a cloud (like the smoking tree), 'trampling' or like a trampoline. "Of those" twice with three dots between-- like the three friends. Of those three mysterious ones relating to Dunkel, and the three in the area between the schoolyard and the lake where the smoking tree was. Spending and wasting time to me sounds a lot like an excuse to fuck. At the mercy of one self-centered 'passion' is a lot like a self-centered 'person' committing a fucking murder, at their mercy. 'Ignorance' is repeated twice in the passage and blindness is at the end. We remember from the Dunkel reports about the 2x4 across a victim's eyes (which relates to the Wonderland Murders). The other time 'ignorance' appears is about the 'cloud'-- the secret of the firemen? What, all of them butt fuck boys or what? A happy existence of ignorance wanting to be gone back to is saying maybe they abducted him and wiped his mind, spit him out somewhere else. Ned Harris' dad had a poetry book called 'My House' and he was involved in a lot of trampoline litigation.

And now I will reveal something very special. When I was about 4th grade, really cannot recall the exact year but it was something around there, I went to a rodeo with my dad and siblings. It was great. "The golden juice" (beer that the guy got after being roughed up), the Fluff sandwiches, the 'keep them from licking' em' lip shits...a grand day. Well as we drove home, there was an incident which led my father to pull the van over and confront occupants of another vehicle which had somehow had a reason -- there was no collision that I recall but there might have been one which was very close or some other issue that I wasn't aware of  but it wasn't just harassment, there was something about small claims court which came from it. My Dad went outside and confronted the men. They were drunk and appeared dangerous. My father is just a little guy, not even 5'8 and he was a man who had not once even raised his voice to me or the children, he is patently non-violent. One of the men began kicking down wooden towers-- actually, a lot like the one Machhio does the Crane form on in karate kid or those wood beam docks that stick up from the sea, only these were waist level or so. The man had a can of what I recall as Budweiser, maybe a tall can.

My father later read books about small claims court and went. The men never showed up. The resemblance to Charlie Coats of the man kicking the towers and drinking the beer is notable in my mind.

A lot of my blog writing has been unfortunate rantings of a person experiencing PTSD, RTS and brain injury experiences. Let me make it patently clear that the Harris family treated me with love and respect only. I would not to intimate that the Harris family would have something to do with Turner's death but very possibly they would have been targeted to make a statement about the trampoline litigation Mr. Harris was involved in. That is my perspective.

Posted by DGPhelps at 7:10 PM No comments:

Is Jim Carrey A Double?

He doesn't appear the same. He comes out and says he is reborn as a new person. He does art now.

I think the real Jim is gone gone away
Posted by DGPhelps at 12:22 AM No comments:

Andre the Giant Was or Is A DWARF

My opinion is Andre the Giant had dwarfism, not giantism. He is probably from a tribe of giants of the ancient world and only a smaller version of them was possible to be put out for public scrutiny. I wonder if his death was faked.
Posted by DGPhelps at 3:57 AM No comments: